The Dwarven Empire lies deep beneath the surface of the world, where its inhabitants have dwelt for millennia. Dwarves are stocky humanoids, between four and five feet in height, with thick limbs sheathed in dense muscle. They have a peculiar sixth sense called Terrametry, an ability to read rocks and sense the presence of veins of precious metals, hazardous gas pockets and even burrowing enemies. They are master miners, stoneworkers and blacksmiths, and live in a rigid society ruled by oaths and coin. The Empire has been in terminal decline for many centuries after the fall of their great capital, Vorganash, to the horrors of the Deeps. The greatest remaining Undercity is Highthrone, and from here the Empire is ruled by various ancient Houses, trading guilds and religious factions. The outskirts of the Empire are lawless, full of bandits, rogue clans and mercenaries – wars rage in the dilapidated tunnels and sunken catacombs as rival warbands struggle for dominance, all the while looking over their shoulders for the Goblin menace. 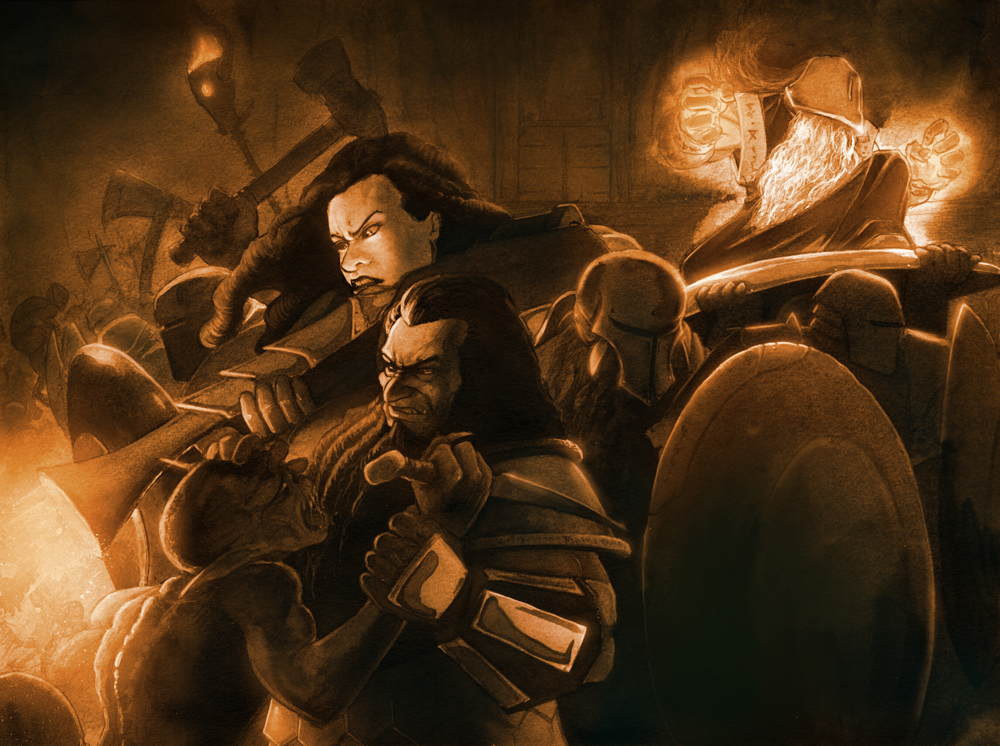